(NOTE: Some of the links in this blog are affiliate links, meaning, at no additional cost to you, Lorie will earn a commission if you click through and make a purchase on Amazon. More details here.)

The Nest tells the story of the Plumb family. There are four adult children, Leo, Jack, Beatrice, and Melody. The nest in question is an inheritance from their father. He had not intended it to be a big windfall, he just thought that it would be a “modest midlife supplement.” However, soaring stock market prices created a larger inheritance than he had intended. Before the trust’s distribution date comes to pass, the still-living mother, who has control over the money, uses it to bail Leo out after he harms another person in a car crash. I should mention that he was driving under the influence of cocaine and booze. The repercussions of the crash itself take a back seat to the problem it causes for the siblings. In Jack and Melody’s cases, they have already mortgaged themselves to the hilt in anticipation of the inheritance. Now they look to Leo to make them whole.

Birth order dynamics were the most interesting thing in the book to me. Firstborn Leo was always the star and a tough act to follow, especially for Jack who is known as “Leo Lite.” Also of interest, is the fact that many families will soon be playing out similar stories of nest egg distributions. According to Ron Charles’ review of the book in the Washington Post, baby boomers are expected to bequeath $16 trillion to their children over the next three decades. I guess that makes this book a cautionary tale.

This is an interesting story and I recommend it!

This site uses Akismet to reduce spam. Learn how your comment data is processed. 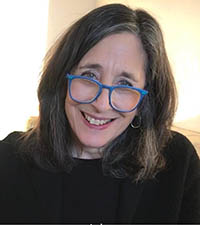 Subscribe To Our Newsletter
FREE gift to new subscribers, a downloadable booklet of motivational quotes: Some Do's and Don'ts in Life.
We respect your privacy. Your information is safe and will never be shared.